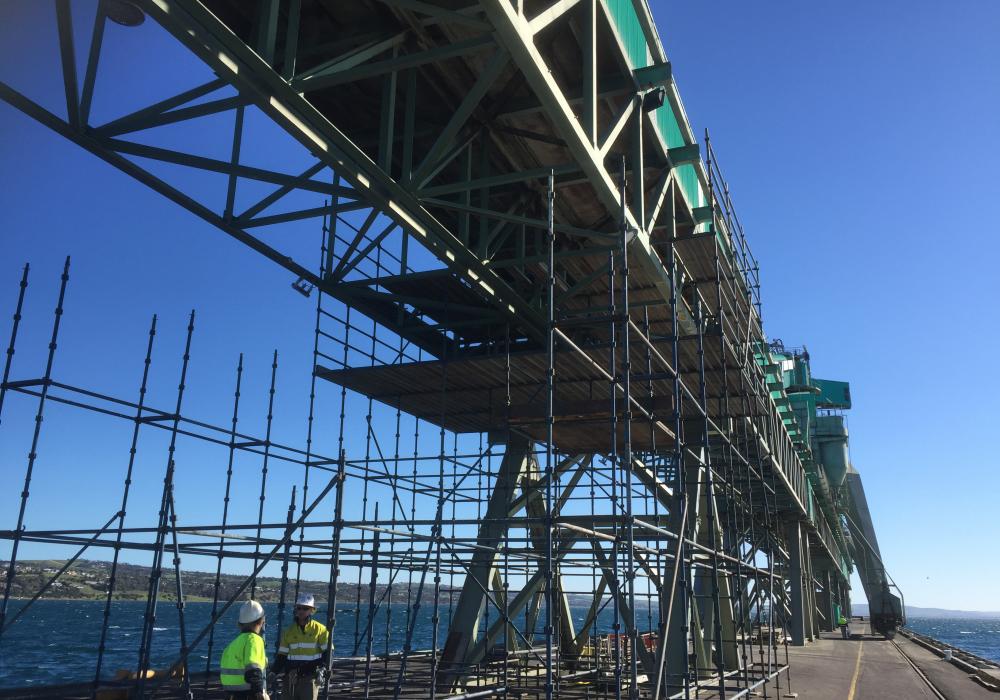 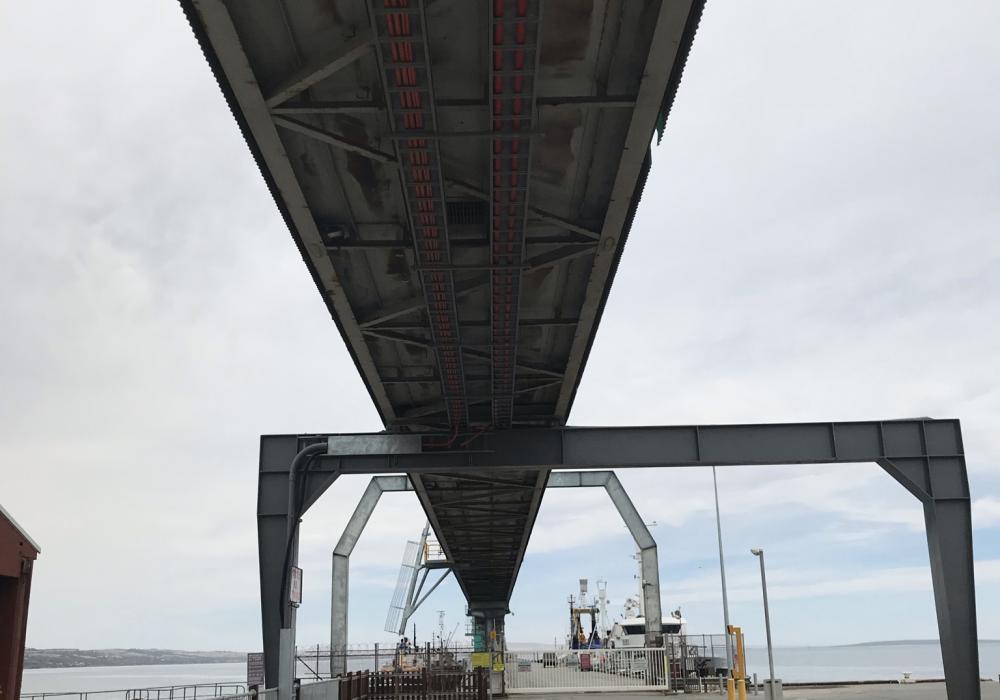 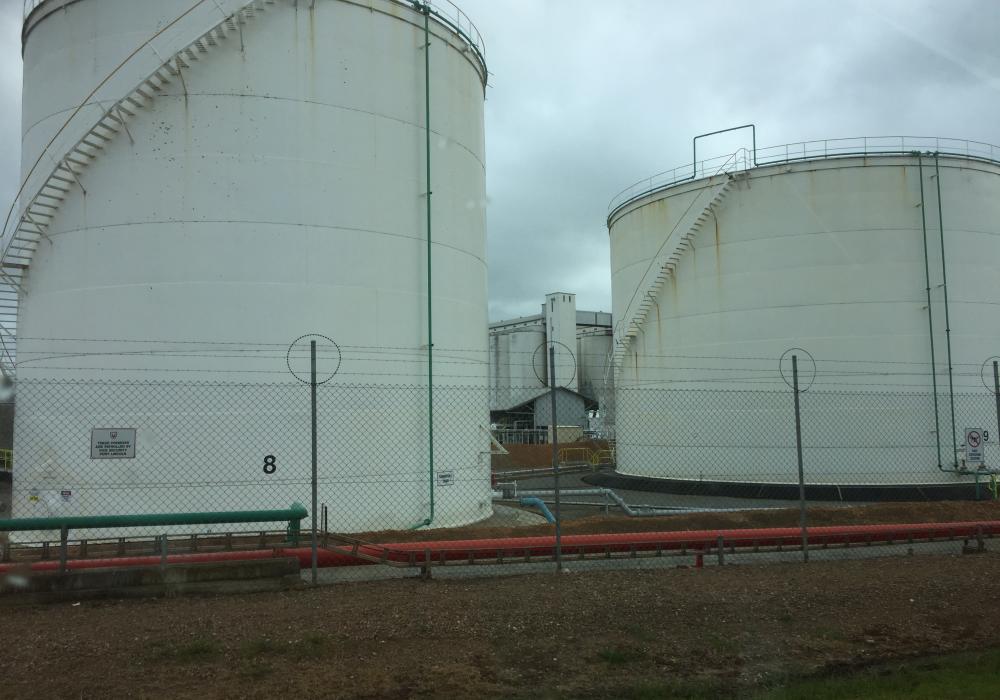 This project involved general painting rectification to several parts of a conveyor structure on the Port Lincoln Wharf for Viterra. The project items to be undertaken by Freyssinet Australia were started and finished within a shutdown period and so the entire project was under a tight and critical program. However, the team managed to deliver it on schedule despite setbacks from heavy wind and rain during the project.

The works started with the erection of a scaffolding system for two out of the three sections to be remediated, with the other section to be done from EWP due to the angle of the section. The scaffold was completed by the Freyssinet subcontractor Complete Scaffolding who managed to hand over the scaffold before the deadline date of the shutdown. This allowed Freyssinet a few shifts to ensure they were on schedule; especially as extra corrosion removal and surface preparation had been identified.

Freyssinet’s work was to power tool clean and then prime corroded areas or areas where the paint was badly adhered, and then apply another coat of the Interplus 356 to the entire structure in each section. This was followed by a top coat of Interthane 990 to finish of the coating system. Following this, after the shutdown dates were over and the scaffold cleaned, the scaffolding itself was removed by Complete Scaffolding.

Key Aspects:
Freyssinet’s role was to conduct the blast and paint works and manage the scaffolders’ building the access. Freyssinet worked off a scaffold for two-thirds of the work with both areas built with two working levels to accommodate the amount of work.
Originally the contract was to address corrosion to only 5% of the structure and this corrosion then to be power tooled off. However, it was discovered that the corrosion was as extensive as 20% with even more of the coating simply failing and flaking often after sanding. The team persevered and longer shifts were organised as well as increasing the labour crew by more than double. Even with this increase in scope as well as the tight schedule, Freyssinet still managed to complete the works in time.
Also, during the project it was noted by Freyssinet and the client that there was severe pitting due to water ponding along critical joints. Although the areas weren’t a structural worry at the time, they would continue to pool water and eventually cause the corrosion to reoccur. Viterra was contemplating using welders to install steel plates in these areas which would take too long, or to leave them as there was no structural concern; however, they weren’t satisfied with this as an outcome. Freyssinet therefore proposed to fill this area using a product compatible with the coating system. This product, Interfill (which is by the same supplier as the coating system), allowed Freyssinet to not only fill but form the product so that it prevented future water ponding. This was all done as a variation, however was a cheaper and faster option than the welding of plates whilst still solving the ponding issue, delivering a quality outcome for the client.
With a tight schedule, extra works and inclement weather all working against the team, Freyssinet still delivered a quality product on time and importantly with zero incidents, safety or otherwise. This is a great achievement, especially considering the environmental risks with working near and around water, as well as the safety risks involved with blast and paint.
This great outcome was all achieved during shutdown constraints and conditions.
Print Friendly:
Link