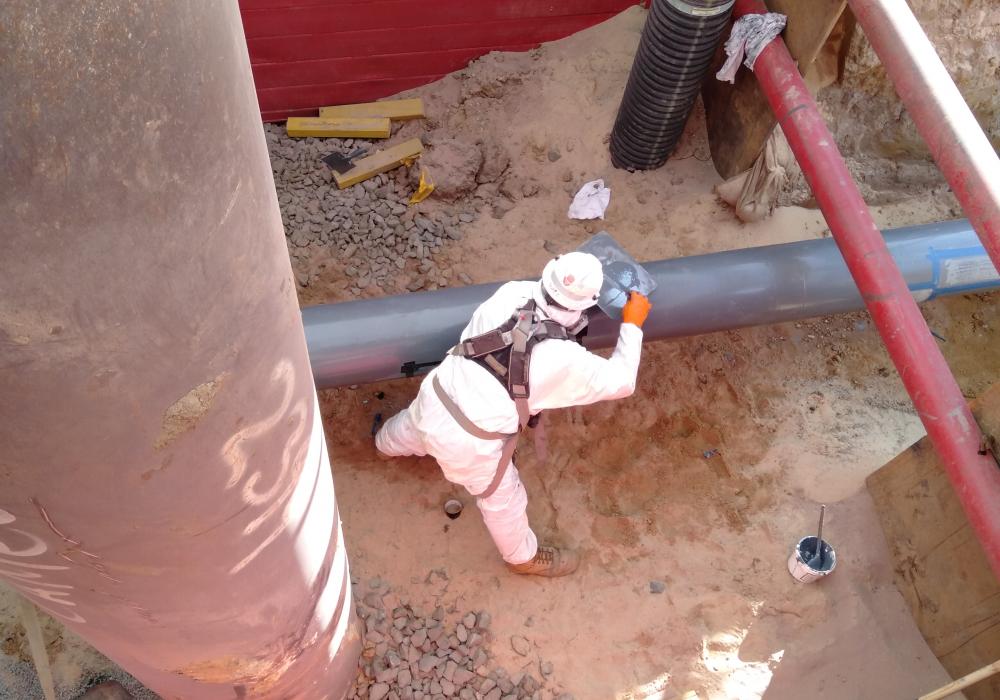 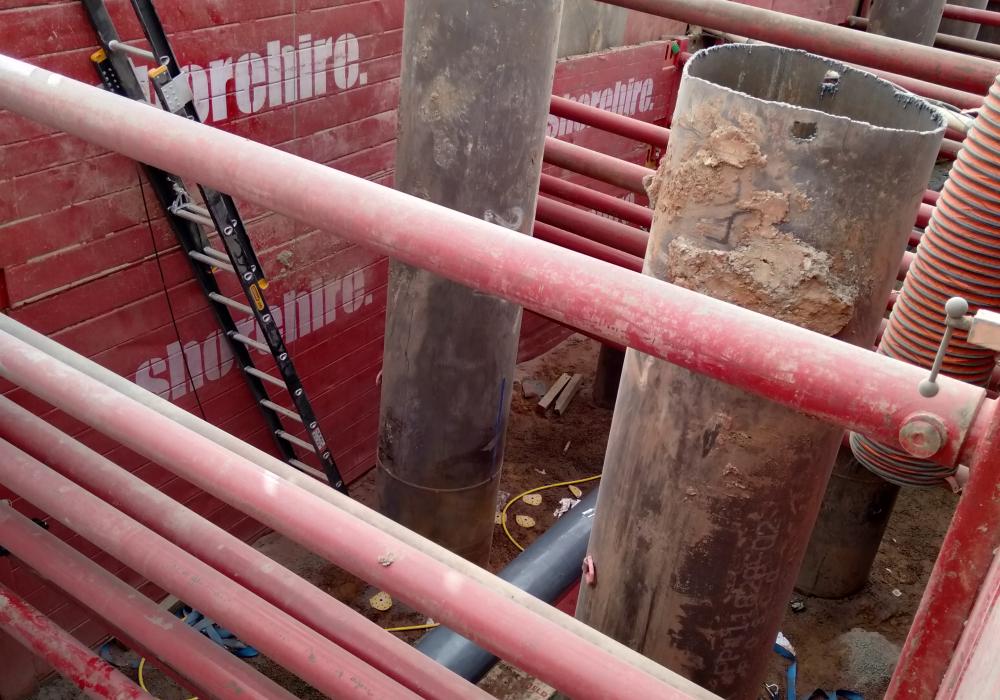 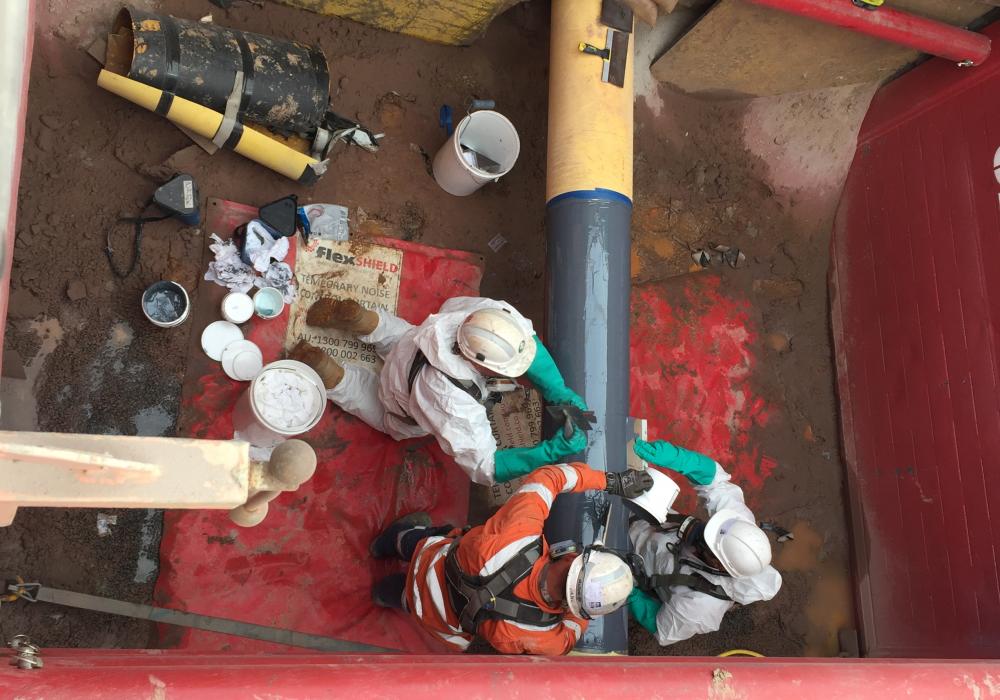 This project was to conduct a condition assessment of the Caltex pipe that ran through the track of the new Parramatta Light Rail. Caltex had instructed CPBDJV that to install the tracks over the pipe, a reinforcing slab was required over the pipe to protect it from any damage due to light rail traffic etc. Prior to this, Caltex also required the pipe to be assessed by pipeline integrity engineers (AMSPEC) and then recoated by Freyssinet Australia and cathodic protection installed also by Freyssinet.

To get to the pipe, another subcontractor had to excavate a 4-5m deep trench, which involved lengths of up to 32m in one section and 15m in another. The subcontractor provided a wide trench at over 4m wide at some points, with very good shoring in the form of massive steel shorting plates and beams. The trench was professionally constructed with two safe access points and two rescue winches (although the trench wasn’t considered a confined space for emergency purposes).

After Freyssinet completed their CP and coating works, the client backfilled the trench with Caltex monitoring the backfilling to ensure no damage occurred to the pipe and new coating system.

Key Aspects:
The coating works was probably the most unique part of this project and really a change of pace to Freyssinet’s normal coatings works.
A spray gun and brush were not used for this coating project. Instead, a mix of trowels, rollers and scrapers had to be used to apply this product.
The specified product HBE-95 (high build epoxy) is 100% solid and had to be heated up prior to use and the substrate also had to be of sufficient temperature to allow the viscous coating to flow effectively.
It’s a challenging product as it has to be applied at 1000 microns in a method that many of our team were not familiar with. However, Freyssinet engaged a specialist trainer to certify our team in the use of the product. Under the direction of supervisor Craig Hobson, the team not only impressed our client but also Caltex and Viva Energy (who visited the site to see our works). Neither had seen the product applied using our method before, but couldn’t fault how quickly and safely our team applied the product whilst still achieving the quality they expected.
Although the trenches weren’t considered as confined spaces, Freyssinet still acted as though they were.
All team members were fitted with harnesses in the trench and two rescue winches were requested to be installed on either side of the pipe so a worker could be winched out if required.
Prior to starting construction works on site, Freyssinet conducted a rescue drill for the trench in the event a worker being injured.
Another challenge was the sheer size of the site. Working on an immense government infrastructure project, there were many other contractors, Work Safety always visiting site, and a lot of mobile plant. The team upheld a high level of safety, impressing the client and setting the standard for safety on site.
Standard CP works by the Technical Services Team were spearheaded by Jack McLean. Caltex had a representative on site several times, and they were highly impressed with our quality of work.
Print Friendly:
Link