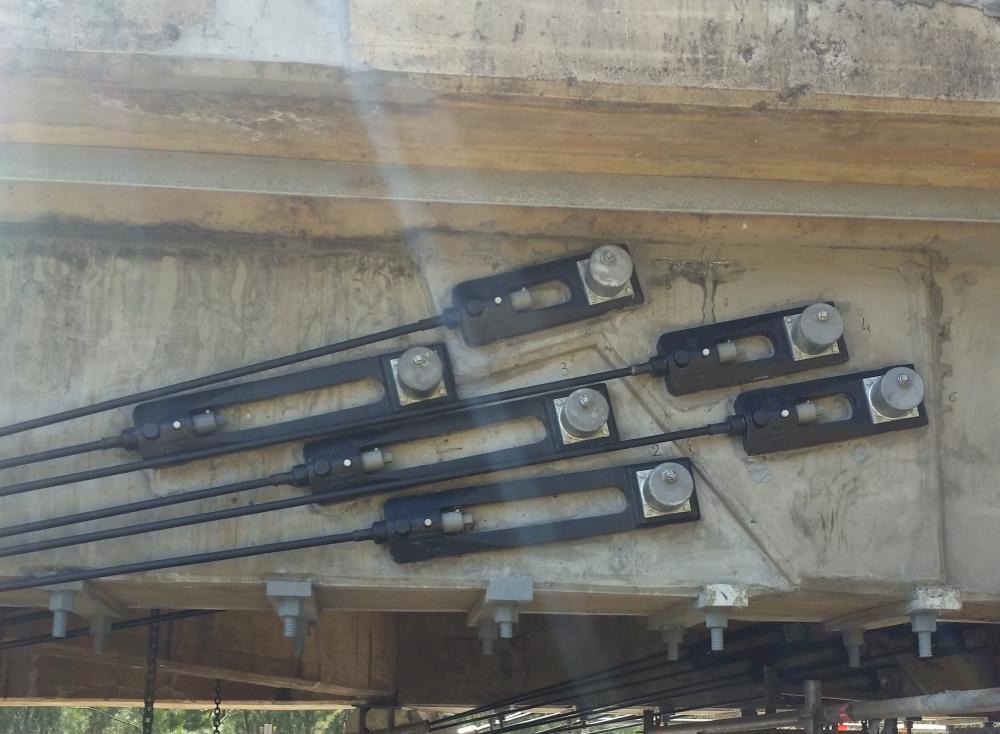 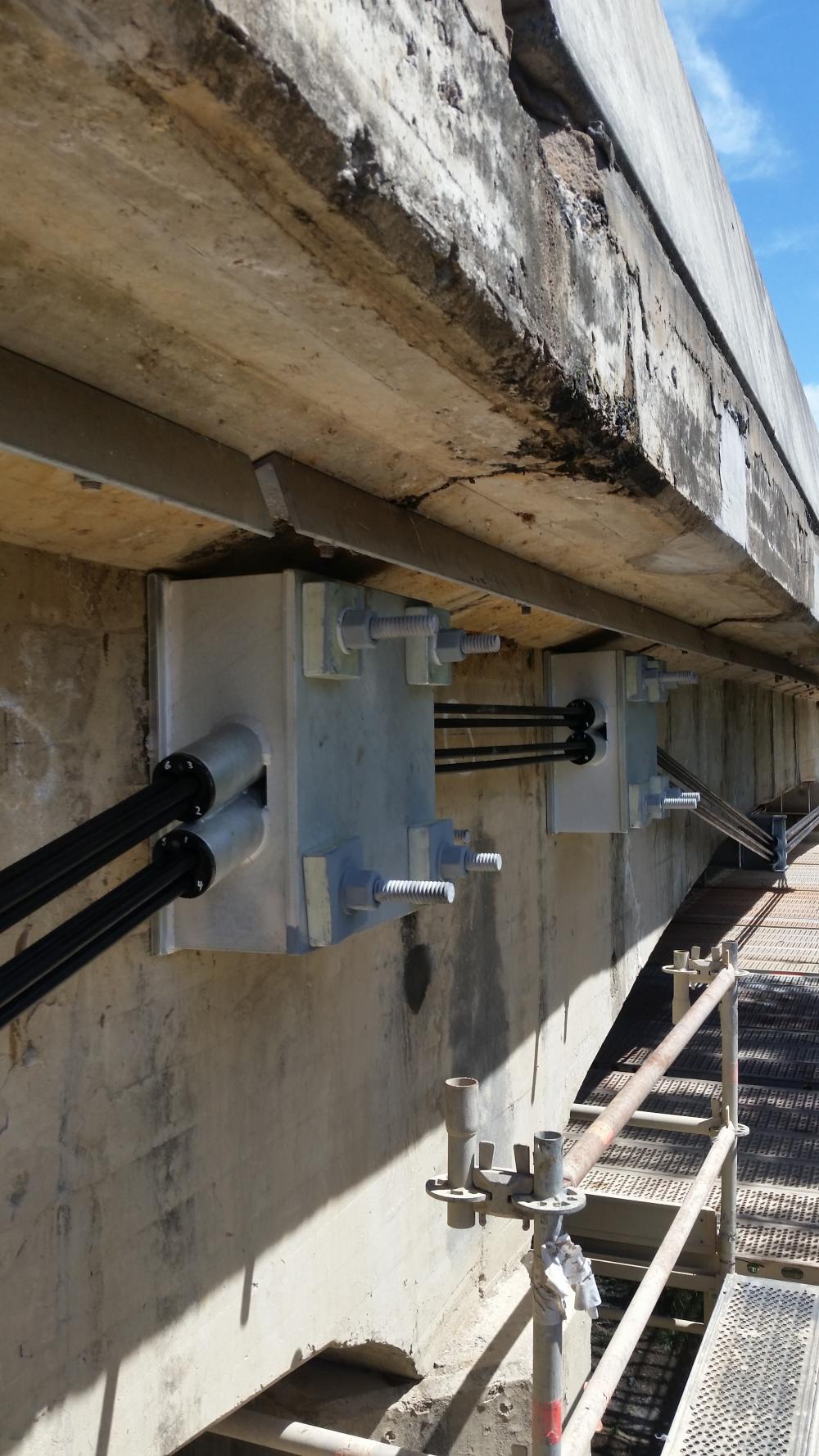 The project consisted of external strengthening of the bridge over Cobbadah Creek, Northwest NSW (1 hour and 20 minutes north of Tamworth).

The bridge is constructed on a skew with 4 spans, end spans of 12.5 metres and internal spans of 16.5 metres. The bridge was suffering from cracking in the beams, deck and abutments. Each face of both beams had the 1R15 system installed.

Freyssinet Australia's role included the supply of steel deviators, strand and 1R15 anchors as well as the installation and stressing of the 1R15 system. Freyssinet conducted all tensioning site work excluding deviator installation, coring, beam thickening and access. Freyssinet installed the 1R15 system using 48 anchors; 24 active and 24 passive. 28 deviators were fabricated locally and installed along the length of the beams (completed by RMS) to create parabolic profile once the strands were installed. 24 galvanized, greased, sheathed strands, each 56 metres long, were installed along the length of the bridge and stressed using 25 ton AJ150 jacks.

Key Aspects:
The 1R15 system was an alternative solution proposed to RMS to eliminate major road works which would have involved closure of one direction of traffic at a time, even during night hours.
Work was conducted over a creek fed by a natural spring and inhabited by a threatened species so care had to be taken to reduce contaminants on site.
Anchors, deviators and strands were installed by hand from an erected scaffold under the structure, not impeding traffic flow.