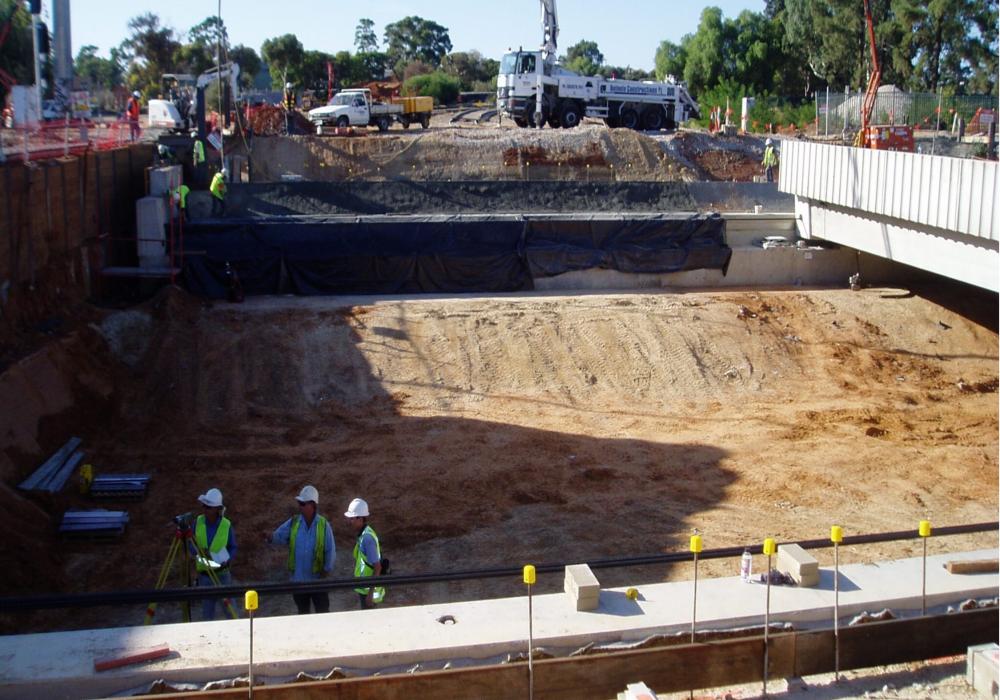 The Bakewell Bridge Adelaide provides access via Henley Beach Road between the western suburbs and the City and is an important part of the metropolitan Adelaide arterial road network west of the City. The 80-year-old Bakewell Bridge was nearing the end of its structural life and with its poor safety record was becoming increasingly costly to maintain and repair. This project involved the replacement of the existing overbridge on Henley Beach Road, passing over James Condon Drive and the railway tracks in Mile End, with an Underpass.  Freyssinet lifted and launched the 3200-tonne railway bridge built offline on a temporary headstock 33.0 metres to its final position on the permanent abutment.

Key Aspects:
Initial lift used 20 No. 200 tonne jacks to strip the formwork and install the temporary slide bearings on the headstock.
A duct cast into the end beams and a dead-end cast on the opposite side of the railway tracks allowed 12 No. 15.2mm diameter strands to pass through each end beam.
The railway tracks were cut and excavated allowing the Freyssinet team to launch the bridge into position.
The bridge was launched into position in just over five of the eight hours allowed for the operation.
Once the bridge was in the final position, the bridge was lifted, and the slide bearings were removed and the permanent bearings were installed.
Key to the project was minimal disruption to the railway network.
Print Friendly:
Link